What Does The Holistic Sanctuary Cure and How?

What Is The Holistic Sanctuary And What Do We Actually Do?

Welcome to The Holistic Sanctuary, If you are reading this, you may have heard about us from a friend or loved one. You probably also heard powerful life changing experiences that have happened at our world class Sanctuary. The truth is we heal people from all walks of life and those who are suffering from all forms of life threatening issues. Issues like PTSD, Depression, Trauma and Medication Abuse but it doesn’t stop there! If you read through our website and watched our testimonials you will see even Heroin Addiction is being CURED here. We can’t stress enough how easy it is to cure ADDICTION! We have it down to a science, no cookie cutter style or outdated ineffective ideas like group meetings and or prescribing toxic medications to our guests. Lets face it, if that stuff worked they wouldn’t have a lousy 3-5% success rate. The reason why we are different is because we use Super Foods, Super Plants and Holistic Advanced Alternative Medicine to get these life saving results. 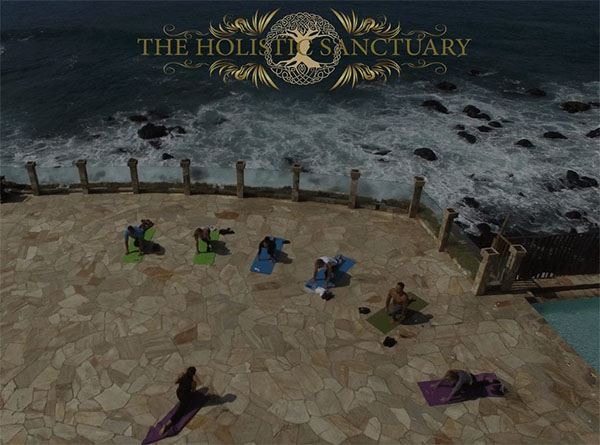 The Holistic Sanctuary Secret Weapon To Heal Its Patients

Our secret weapon is the Pouyan Method. This powerful protocol was created by our founder Johnny Tabaie, AKA Holistic Healer. He created this method out of his desperation to save his own life. After 17 failed conventional 12 step rehabs, a slew of so called mental health experts, who just prescribed toxic medications, and losing his brother to suicide after he was prescribed a medication that had the known side effect of causing suicides, he realized enough is enough! The medications he was prescribed were making him worse  and not helping, The te side-effects were just outweighing the benefits. So he took his health into his own hands and created a system that not only cured himself 15 years ago, but has systematically healed thousands of his clients the past in 11 years.

What sets us apart from other drug rehab centers is our Medical Team, Luxury Accommodations, Ocean Front Facility and World Class Protocols. We are a licensed Medical Spa that offers a profound healing system for each patient,  guest and client that walks in our Safe Sanctuary of Healing.   We don’t believe in forcing adults to share a room with strangers. Because of the kind of treatment we offer our patients also tend to be more motivated than in conventional rehabs, increasing your chances of success. Our luxury facilities, private rooms, spas, scenic views, gourmet meals and more, offers you the peace of mind you need to solely focus on getting better.

At The Holistic Sanctuary, we lead the pack compared to any other alternative addiction drug rehab. All the research into traditional rehabs points to a serious deficiency in the system, that simply leaves patients highly medicated and unable to cope with being healed or able to live a clean life, making them relapse over and over. We offer alternative treatment methods that have proven to work. Rather than prescribe highly-addictive pharmaceuticals that simply replace one drug and dependency for another, we use natural herbs, plants and super elements from the earth,  such as Ibogaine therapy and Ayahuasca in our treatment programs.

The Holistic Sanctuary  Will Be Offering Insurance Coverage Soon Or Center In America?

With all the videos, testimonials and reviews from his patients, the US government still refuses to look into supporting The Holistic Sanctuary and Johnny Tabaie’s work and has banned it from healing people in America. Until more people speak up and demand real healing and real treatment that works, we may never see Johnny Tabaie’s work ever see U.S. healing centers, but if you want to get healed and you are willing to travel to The Holistic Sanctuary, call us today and lets get you back on the road to health and healing.

Now is the time to act. Call us and let us heal you!