The Use of the Iboga Plant Root 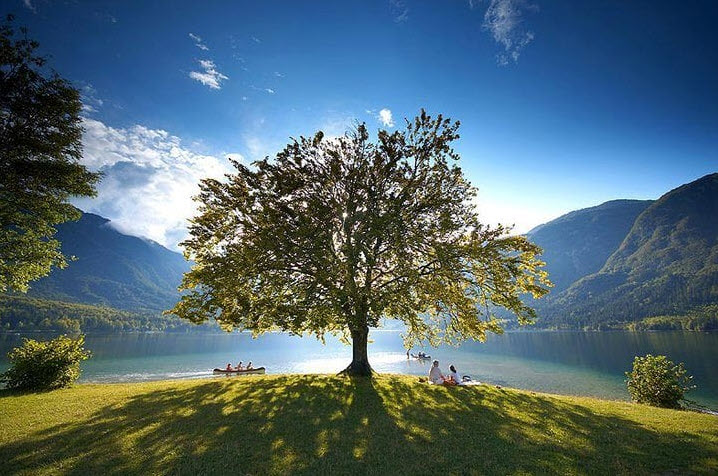 The most-studied therapeutic effect of Ibogaine is the reduction or elimination of addiction to opioids! No more daily doses of Suboxone or Methadone.

An integral effect is the alleviation of symptoms of opioid withdrawal. Research also suggests and has proven that Ibogaine treatment may be useful in treating dependence on other substances such as alcohol, methamphetamine, and nicotine and may affect compulsive behavioral patterns not involving substance abuse or chemical dependence.

Proponents of Ibogaine treatment for drug addiction have established formal and informal clinics or self-help groups in Canada Mexico, the Caribbean, Costa Rica, the Czech Republic, France, Slovenia, the Netherlands, Brazil, South Africa, the United Kingdom and New Zealand, where ibogaine treatment is administered as an experimental compound.

Many users of Ibogaine treatment report experiencing visual phenomena during a waking dream state, such as instructive replays of life events that led to their addiction, while others report therapeutic shamanic visions that help them conquer the fears and negative emotions that might drive their addiction. It is proposed that intensive counseling, therapy and aftercare during the interruption period following treatment is of significant value. Some individuals require a second or third treatment session with Ibogaine over the course of the following 12 to 18 months. A minority of individuals relapse completely into opiate addiction within days or weeks. A comprehensive article (Lots of 1995) on the subject of Ibogaine therapy detailing the procedure, effects and aftereffects is found in “Ibogaine in the Treatment of Chemical Dependence Disorders: Clinical Perspectives”.

Ibogaine treatment has also been reported in multiple small-study cohorts to reduce cravings for methamphetamine. There is also evidence that this type of treatment works with LSD  which has been shown to have therapeutic effect on alcoholism as far back as the 1960s. Both Ibogaine appears to be effective at encouraging introspection and giving the user the occasion to reflect on where their addiction came from while also occasioning an intense, transformative experience that can put established patterns of behavior into perspective; Ibogaine has the added benefit of preventing withdrawal effects.

It is very important to understand the scientific explanation of ibogaine treatment that was prevalent from 1994 to 2009 – that the actual anti-addictive effect came from a long-lived metabolite (nor-ibogaine) that elevated mood by lifting serotonin levels while weakly binding to opioid receptors “to pre-empt cravings”.  You must understand this or try to. Like many explanations this on was only partially true. The researchers realized how Ibogaine works quickly this natural plant has the potential of ending cravings indefinitely in 6-8 hours 80% of all test subjects.

In 2005 a University of California researcher, Dorit Ron, discovered the reason ibogaine works is so effective for the whole range of abused substance, including meth-amphetamine and cocaine. Within 6 hrs it causes a 12-fold increase in the expression of a growth factor, GDNF, that not only re-sprouts dopamine neurons but back-signals to cell nuclei telling them to make more GDNF, so that neural regeneration persists even after ibogaine washes out of the body, accounting for its persistent effect.

So the ibogaine effect go thru three stages:1) A combination of n-methyl-d-aspartate blockade (like ketamine), alpha-3-beta-4 nicotinic acetyl-choline blockade (like wellbutrin) and kappa opiate activity (like salvia divinorum, makes you feel your own endorphins again) knocks out withdrawal in 30 minutes, craving in 45 minutes…too soon for noribogaine to really get going.2) Flood dose of ibogaine overpowers the liver and depots in body fat (being lipophilic, as the desmethylated, water-soluable nor-ibogaine is not) slowly leaking out and turning into the nor form thru the action of enzymes the blood, so the addict gets this great serotonin high for 6 to 12 weeks helping with mood.3) Within 48 hrs of taking ibogaine neurons all over the brain are growing new receptors so you don’t need artificially high levels of your drug of abuse to have normal dopamine function. This is the most important effect, since without dopamine, most addicts feel they can’t get anything started, and eventually relapse.

The key element to staying clean is total lifestyle change. A person that detox’s with Ibogaine must have  a plan to change every toxic aspect of his or her life. Change environment, friends, boy friend, girl friend, best friend. They must change the areas they live work or hang out. The only way to win is not to play.  Life is precious, wasting it on drugs is not serving anyone. We have seen powerful shifts in each client we serve. The results are ground breaking and more and more our success at curing all addictions is more rewarding than anything to us.

ray Day Typically As soon as the Introspection phase approaches its end, a lot of people have reported to experience a ‘Gray Day’. This is completely normal at all ibogaine clinics, But Not At Our Center! The of lack of proper preparation and the financial greed that most clinics in the ibogaine community  have. They just want you in and out in under 5-7 days, they want the bed for the next client. At The Holistic Sanctuary we do not believe this is right, in fact, it is outright unethical! With us, the minimum stay is 28 days, we make sure the patient is ready to do the treatment and will make sure they get what they came for, a life changing experience, not throwing up all night. We are not ill willed and only care about the numbers of patients that come in like most clinics. At The Holistic Sanctuary you will not receive ibogaine for at least 10-20 days and after 80 hours of holistic healing and cleansing with the powerful Pouyan Method protocol.  You will never experience expected side effect of Ibogaine in which people feel depressed, sad and a sense of negativity overwhelms them. This side effect does wear out gradually, but some people have a tough time getting over it. A gray day can last longer than a day or two, along with several days of blues, especially if a patient had undergone an ibogaine addiction therapy at most ibogaine centers that offer 7 days or less.

Ibogaine has been banned in the US since the 1960s. Back then, little was known about this drug other than the fact that it was psychedelic, meaning that it could alter cognition and perception of a person, and this was the primary reason it was banned. Even though it has been proven by research that it is quite safe and effective means of rehabilitation and pain management, it still remains banned. Iboga is also illegal or partially restricted in countries such as Belgium, Poland, Denmark, Croatia, France, Sweden, and Switzerland.

In countries like Canada, South Africa, and Mexico, it is not regulated and many well established treatment clinics have been helping people with their problems. With the success of such treatments, a lot of countries are bound to legalize use and cultivation of ibogaine in the near future.

Regardless of their side effects and legal issues worldwide, Ibogaine has established itself as a promising treatment and therapy method which has completely transformed people’s lives for good. The initial symptoms usually make people uncomfortable, but testimonials by a range of people who had been addicted to drugs or were suffering psychological problems has come to only a single conclusion; that ibogaine does a great job in helping them overcome their issues. A lot of people have started to turn to this treatment method after continuous attempts at different, conventional rehabilitation centers have failed to provide them the solution they were looking for.

It won’t be too long before more and more people turn towards this powerful, all-natural substance to fulfill their needs and to lead drug-free lives.