Who Helps Our Surgeons When They Need It Most? Depression & Mental Health Issues Among Surgeons and Physicians

Does the Depressed and Anxious CEO Affect the Productivity of All Employees?

10 Famous People Who Struggled with Depression 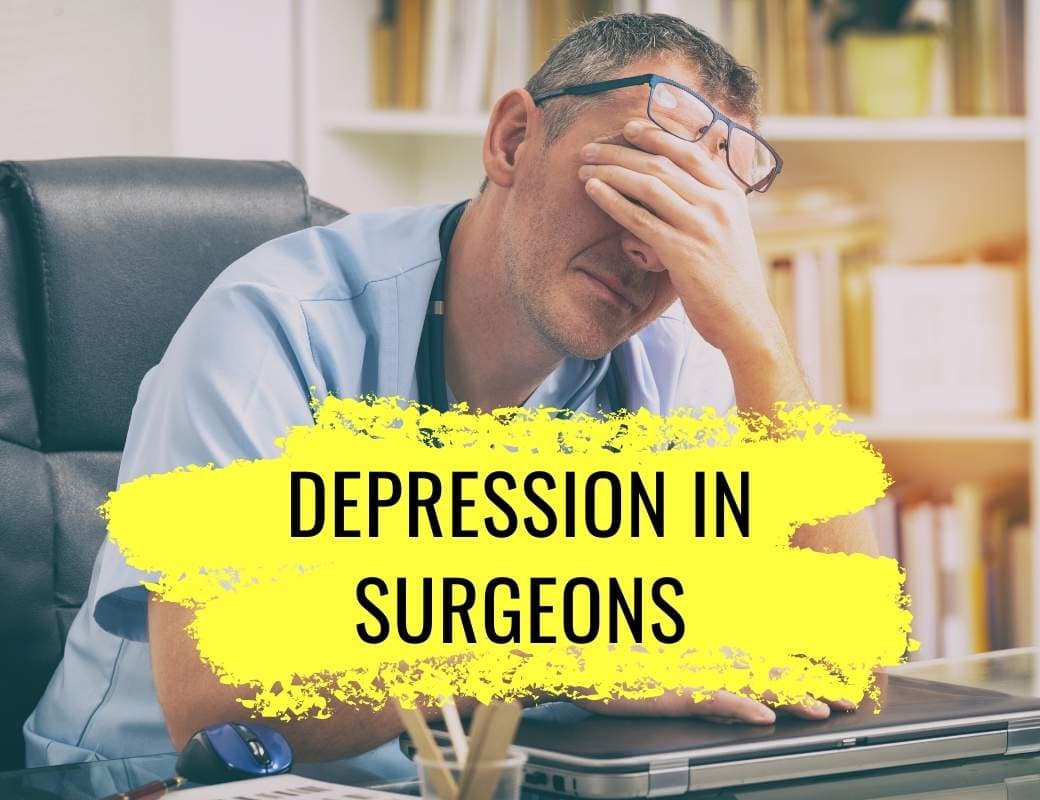 We all know that not many of us have the strength and will to become surgeons. Studies on surgeons all around the country revealed that graduates of surgical training programs present burnout rates from 30 to 38%. The high numbers show that many surgeons struggle with personal and professional distress at a level that should worry all fellow surgeons.

Surgeons have busy schedules and often go through life-and-death situations with their patients and go through many sacrifices to get there. The job’s challenges, combined with the rigors and long time training for the job, require students to have particular characteristics and tremendous determination.

These people have to follow an unwritten, but very well known set of norms, rules, and expectations. They have to come to work early in the morning and leave late at night, work through nights and weekends, and practice numerous procedures. They meet quite often with several deadlines simultaneously, but cannot complain about personal problems or difficulty at their job. When we think of dedicated and passionate professions, surgeons are the first to come to mind.

Unfortunately, the fine line between hardworking and overworking is often crossed, so many surgeons become overworked, unproductive, and even sick. Some of them will develop self-destructive behaviors (addiction, alcohol abuse, depression, anxiety, job burnout, and even PTSD), which will affect the way they care for patients. Studies revealed that a significant number of surgeons deal with burnout or distress, which will affect not only the surgeons but also their families, co-workers, and patients.

How is stress among surgeons?

Anxiety, depression, broken relationships, divorce, alcohol and substance abuse, and even suicide are symptoms of stress for surgeons. Sadly, the problems occur more often among physicians and surgeons when compared to other jobs.

Most recent numbers show that 15% of all physicians will be impaired at some point in their career and incapable of performing their job because of alcoholism, drug addiction, and mental health conditions.

Numerous surgeons believe that they’re quite resilient, especially as opposed to other specialties. The main traits that make them great at the job (self-sacrifice, commitment, the singularity of focus) and the surgical environment per se will increase their risk for overworking, burnout, and mental health issues. Losing a balance between job and personal life is expected for surgeons, and it may be the most significant cause for depression, anxiety, or other mental health disorders.

Why do surgeons become depressed?

The lifetime rates of depression among physicians resemble the numbers for the general population, but the suicide rate seems to be the high cause of physicians’ mortality. Unlike other professionals, a male physician has a mortality ratio from the suicide of 1.5 to 3.8-fold higher.

What makes it even more difficult for surgeons is the culture of medicine, which doesn’t give much attention to physicians’ mental health. The numbers reveal the contrary, and the high rate of unaddressed mood disorders (depression is most common) and increased risk for suicide should alarm professionals in mental health.

It happens quite often that depression goes unaddressed or unrecognized until it’s too late. If so, it’s typically when the personal distress is so severe that it jeopardizes the surgeon’s ability to care for his patients.

Physicians looking for professional help often receive a punitive answer; they get discriminated in medical licensing, lose hospital privileges, and professional opportunities. Therefore, even if surgeons and physicians may have easier access to medical care for addressing the depression, they have to pay a very high price. The strict regulations and workplace standards are so intense, that some surgeons needing professional help ended up in suicide for not getting treated before it was too late.

What options do surgeons have for treatment?

Treatment for surgeons with depression, anxiety, or other mental health disorders is complicated because it’s difficult for the therapist to only see the patient and not see the fellow doctor as well. It’s possible that doctors would approach depressed surgeons differently than they would do regular patients. They may end up talking about the latest research and not the typical problems that made the surgeon seek professional help in the first place. The social awkwardness that is present in the relationship will often harm the recovery and treatment.

Unlike typical relationships, shared decision-making could be discouraged when the patient is a surgeon. The surgeon-patient would see benefits from taking a break from being a doctor and not decide for him/herself on the treatment. The symptoms may even improve relatively fast.

Surgeons and physicians may be reluctant to try alternative treatment for depression. Still, the results and testimonials of former patients could convince them of non-traditional medicine’s efficiency for depression. The high rate of relapse of traditional treatment is an excellent argument too.

Unlike traditional treatment for depressive disorders, burnout, or addiction, the goal of non-traditional therapy isn’t just a proper management of the symptoms, but complete recovery. The treatment aims to heal the patient, no matter if the patient is a surgeon or an experienced physician. Every patient is helped to identify the deep roots of the mental health issue to determine the stressors of the condition. Treatment also focuses on assisting patients in building healthy and new ways to cope with stress. Once he/she goes back to the regular life, the surgeon will face the numerous challenges of the job without turning back to depression or addiction.

Is medicated treatment the best solution?

At traditional treatment centers, medicated treatment is the most common choice for depression. However, doctors have easy access to prescription meds, so abusing the anti-depressant is high. Not only is long time use of anti-depressants not productive, but it can also alter the surgeon’s performance at work.

At the alternative treatment centers, natural methods and therapies are utilized for addressing addiction. The purpose is to go deep into one’s depression so that healing is obtained. HBOT and ozone therapy, vitamin IV drips, Myers cocktails for GABA repair are some of the many treatments used to bring the brain to a pre-addiction pre-depression state. With depression, mental health conditions, and addiction, the brain functioning is profoundly affected, and the mind itself is altered. Unlike traditional methods, the holistic methods in alternative centers will eliminate the old neuropathways and build new pathways within the brain, which explains the treatment’s durability and efficiency. In addition, patients learn how to deal with life, challenges, and how to have a positive approach with every difficulty life throws at them.

Also, surgeons are supported through occupational stress resilience methods like mindfulness, taking time off for their hobbies, sports, meditation, and spend time with families and friends. They learn how to watch over themselves, identify the early signs of the depression, and build positive attitudes towards professional challenges.

Should surgeons look for help?

Doctors will feel isolated and have difficulties reaching out for help, as both family and colleagues have a hard time being compassionate and understanding toward their struggles. Building trait resilience and mindfulness in surgeons will reduce depression, anxiety, and suicide, by 85%, respectively, 65%.

Occupational stress and burnout have to be also addressed from a group perspective, not only individually. Society and health institutions should take action too.

Doctors, mostly surgeons, have a high risk of developing depression. Unfortunately, they don’t reach for help at the right time and end up in suicide at a higher rate than the general population. Surgeons have to become aware that mental health isn’t a problem that they can solve on their own, whereas their colleagues and institutions should be more open and less strict about rules for surgeons treated for depression.

The stigma associated with mental health issues is present, but we need to change for depressed doctors. After all, they’re the ones saving our lives selfless

7 Factors to Consider when Selecting a Luxury Depression Treatment Center