As the Founder and Director of The Holistic Sanctuary, I have an absolute commitment to healing people battling addiction, depression, PTSD and alcohol dependance. Thanks to my effective, exclusive and all-natural treatment protocol which heals the brain by helping repair and reset neurotransmitters, create new pathways and NeuroGenesis. This system not only helps heal patients and end their addiction to drugs/alcohol and prescription medications, but also helps reverse eating disorders, depression and helps heal PTSD.

This solution, known as the Pouyan Method, is the result of my personal journey to defeat and heal my 20 year addiction and heal myself of depression and other negative behaviors, such as eating disorders, and constant thoughts of suicide. Based on a half-decade of my own research, development, testing, consistent confirmation of results and independent testimonials from patients, I have enabled people to recover more quickly from the pain – both physical and emotional – associated with chemical dependencies, mental/spiritual illnesses and substance abuse.

This protocol also accelerates the detoxification process, eliminating cravings and withdrawal symptoms. It’s sad and impossible for conventional rehabs to achieve the same outcomes. Those rehab centers rely on outdated techniques and scientifically false theories. They offer talk therapy and toxic deadly side-effect causing medications that are known to be ineffective, addictive and in some cases, deadly. Instead, The Holistic Sanctuary offers a compassionate and successful way for the body to naturally release endorphins,  dopamine and other feel good chemicals for better mood and a great sense of well being and magnified healing. We broke the code and mastered the art of healing. We figured out how to maximize the activation of the bodies own healing mechanism, to promote a rapid cleanse and quantum healing – to literally sweat the poisons out of the system – and help rebuild damaged areas of the brain, plus the central nervous system at the cellular level.
This emphasis on customized care is also free of the severe side effects of both prescription medicines and outdated toxic treatments which only complicate and worsen existing forms of mental, physical and spiritual health.

We treat the whole person by healing the mind, body and soul.
These Treatments Are All Included And Are- ALL ONE ON ONE!

While conventional mainstream drug rehabs and therapists band-aid the symptoms and call it in an incurable disease, at The Holistic Sanctuary we help heal our patients without drugs or medications. We use only super plant medicines, holistic medicines, herbs and natural treatments.

My dedication to using only real holistic and natural solutions and super-herbs/super-foods reflects my knowledge of the root causes of long-term chemical dependency, as well as my own tragic experiences with conventional drug treatment centers, 12-step programs and society’s addiction to any or all forms of Western medicine. In short, I am a survivor: Addiction claimed the lives of my mother (to crack cocaine and depression) and my brother (meth addiction and suicide) and nearly did the same to me. So I sympathize and I empathize – with individuals and families suffering from this curable and reversible condition.

In contrast, treatment centers and traditional Drug Rehab Centers indoctrinate patients – they masquerade propaganda as fact, telling patients addiction is an incurable disease – and compound the problem with untested and extremely dangerous combinations of prescription medications, which contain substantial or irreversible side effects such as: liver damage, renal failure (requiring dialysis or a transplant), high blood pressure, heart attack, stroke, bone and joint decay, mania, anxiety, depression, suicidal thoughts and even death! (because of the potency of these collective drugs concentrated in a single combination “cocktail”).

Despite these risks, and no matter the high rate of failure and relapse among people at these centers, I know, as a former patient myself, that the so-called experts put individuals on a path to destruction. If I had continued on that path – if I had entrusted my fate to doctors and conventional drug rehabs – I would have been another statistic: a fatality, one of thousands who needlessly died because of a bankrupt ideology, a shame based approach and toxic brands of treatment.

Avoiding that outcome is the reason I am here. My decision – to dismiss the lies and blanket assertions about addiction and depression – is why I am now healed, healthy and energetic. That experience, the pursuit of alternative ways to end addiction, is part of a larger life-changing phenomenon: A promise that even with the passing of my mother and brother and although we will never have the chance (in this world) to embrace and love one another again as a family, it is not too late to save the lives of other mothers and brothers, sisters, fathers, friends and cousins — the tens of thousands of people who desperately need a treatment that works.

These individuals should no longer have to play a “treatment guessing game,” where ineffective and antiquated programs – including those offered at the most expensive and allegedly “luxury Drug Rehabs in America” – are the norm. That practice is wrong, both medically (it further ruins people by attacking the immune system and creating new cravings) and morally (it financially devastates patients, who seek multiple rounds of the same treatments, only to relapse within days or weeks after leaving a conventional drug rehab center).

In fact, we know why these treatments fail at least 90% of the time. These centers refuse to change, have a stubborn close-minded attitude and perpetuate an approach plagued by toxicity: They dispense massive amounts of prescription drugs, apply invasive and unnecessary procedures, along with attack therapy, which forces patients into submission. These tactics weaken or enslave people, convincing them that addiction is a lifelong, incurable disease.

These people deserve vindication, not vengeance, so they can be healed, empowered and inspired to liberate themselves from the chains of addiction.

What Does The Holistic Healer Do?

In addition, labeling someone as an incurable victim – a person with a genetic predisposition to succumb to drugs rehabs – is one of the most inaccurate and unhelpful things an individual can hear.

Still, conventional drug rehab centers persist in harming patients – with drugs and words synonymous with defeat and desperation – while delivering the same, generic one-size-fits-all approach that does not and cannot ever work. From street drugs to prescription drugs, these treatment facilities crush the chances of patients to lead productive lives, while further damaging a person’s brain and expanding the areas of addiction. 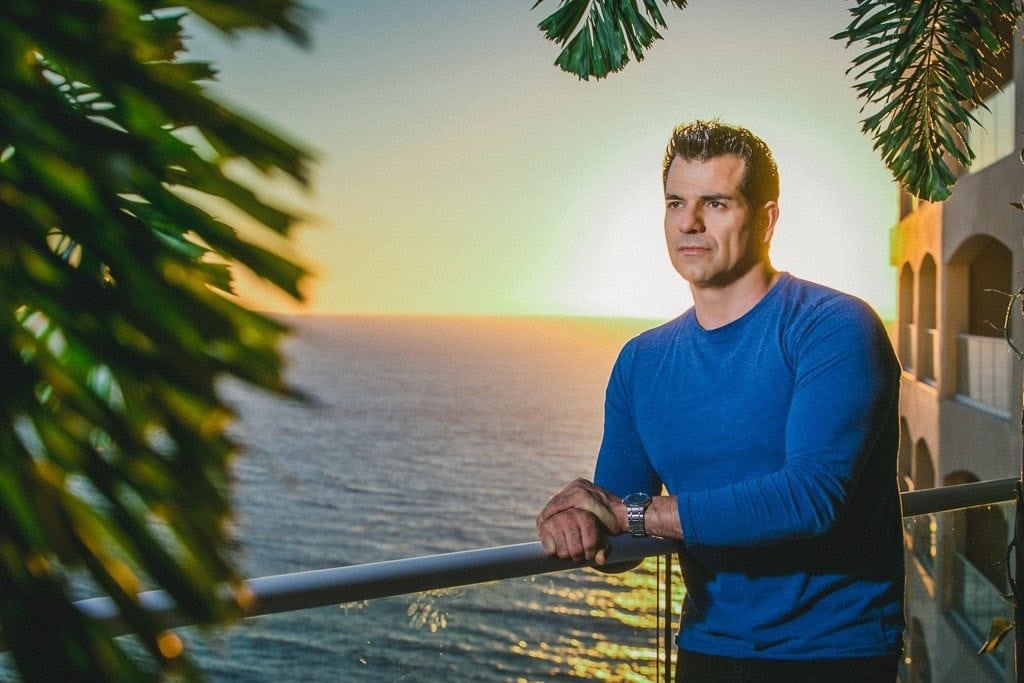 At The Holistic Sanctuary we cure depression, ptsd, and addiction, period. We heal the brain — the very organ assaulted by stress, toxins, alcohol, illicit drugs, prescription medications and other chemicals. And, regardless of which chemical damaged a person’s brain, our mission is clear: To restore the brain and bring it to harmony and balance so a guest can regain their health, function freely and properly, and enjoy a second chance at life.

Most importantly, Johnny Tabaie never uses toxic medications like Benzos, Prozac, Suboxone or Subutex which cause horrific side effects and are undeniably dangerous. Our therapy works without any short- or long-term adverse reactions.

You need not take my word for it, since other centers may copy our language though they cannot duplicate our outcomes. We have the evidence from our guests and the brain scans of healed patients that highlight the safety, success and caliber of our work.

At The Holistic Sanctuary also features exceptionally qualified, hand picked (by me) professionals, who are kind, loving and holistic-based practitioners of Alternative Medicine. In a word, they heal. Also, as I continue to diligently labor to enable more people to receive my powerful, all-natural cure, I maintain my dream – it will be a reality – to help anyone dealing with addiction. In memory of his mother and brother, it is our honor to treat you or a loved one.The Cost Will Vary Case by Case.  After a simple phone call and medical evaluation we will know the total length of cost, and length of treatment. This will be determined depending the patient’s unique case. SEE PRICES HERE